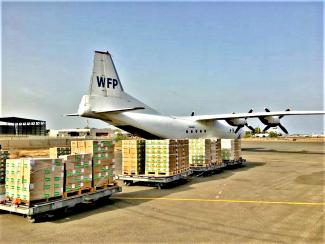 The Logistics Cluster, active in both Yemen and Djibouti since 2015 for the emergency response to the conflict, was ready to scale up its support to humanitarian organisations to face the cholera outbreak sweeping across the country. WHO reported over 500,000 suspected cases as of 14 August across almost every governorate, and nearly 2,000 people have died since the outbreak began to spread at the end of April.

To face the high demand for cargo transport into Sana’a, the Logistics Cluster requested WFP Aviation to charter an Antonov-12 aircraft to be based in Djibouti. The aircraft was made available to humanitarian organisations working in Yemen through the Logistics Cluster and operated a maximum of four times a week to Sana’a to deliver cargo urgently needed by partners to help people affected by the cholera outbreak. Medicines, medical equipment and water purification kits are among the most delivered items.

The aircraft arrived in Djibouti on 5 August with the flight sent out to Yemen on 6 August. In four weeks, 139 mt of relief items were delivered from Djibouti to Sana’a on behalf of nine organisations, completing overall 12 rotations. The rotations were carried out side by side with organisations in both Djibouti and Sana’a despite the restrictions on movements inside and outside of Yemen. 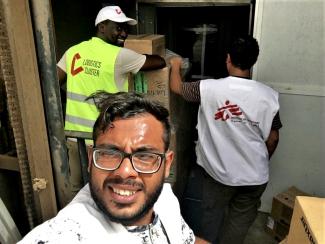 The dedicated aircraft left the operation on 4 September and regular airlifts will resume every two weeks, with the first taking off on 18 September, to continue responding to the transportation needs of organisations to ensure that relief items will continue to reach people in need in Yemen.

The Logistics Cluster would like to take this opportunity to thank the entire humanitarian community for their collaboration and support, which are key factors in ensuring a smooth and timely roll-out of such operations. 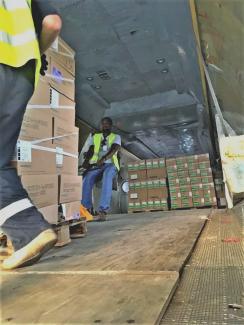